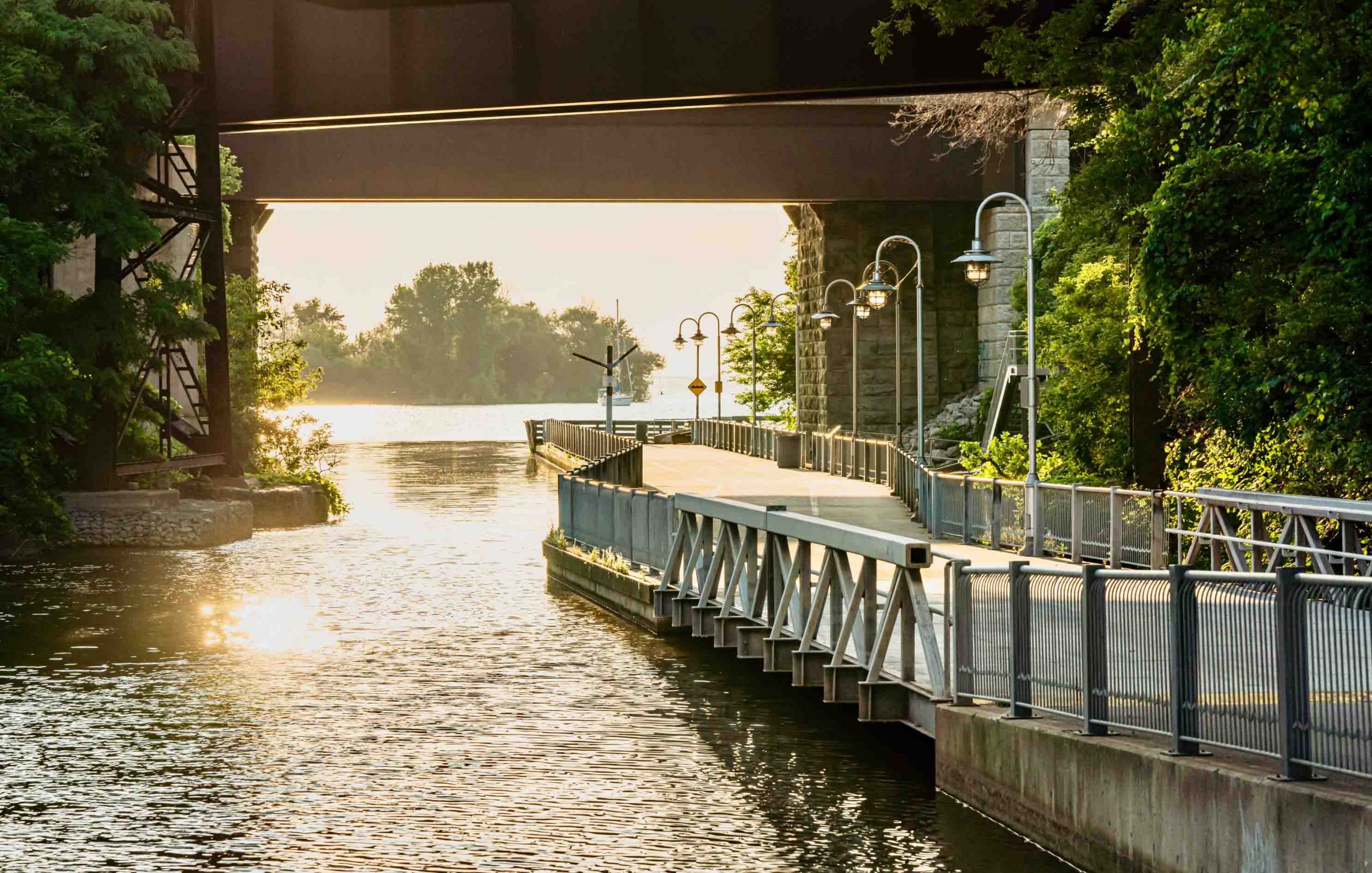 Some call it Steeltown, others call it The Hammer and they are all fitting, but they don’t really capture how dynamic Hamilton really is!

Producing steel and heavy manufacturing may be synonymous with the city; however, it has recently become somewhat of a hub for younger residents and creative professionals. Hamilton is youthful and vibrant, attracting a variety of businesses to each of its neighbourhoods – from restaurants to themed bars, to cafes, artisanal stores, and more. Each brings opportunities for visitors, residents, and job seekers.

Hamilton is jam-packed with character. It has charming residential communities, where local shops are nestled between early 20th century homes, and the downtown core is a thriving business district. It’s a destination where urban convenience is surrounded by rural comforts. Not to mention, as a port city located at the Western tip of Lake Ontario, Hamilton gives you access to kilometers of waterfront. Discover conservation areas and urban parks, wilderness trails and paved pathways, beaches and waterfalls. Along with historical attractions and heritage properties scattered throughout the city – like a castle and southwestern Ontario’s largest and oldest art museum!

Hamilton is situated in the heart of the Golden Horseshoe, located 75 kilometers away from both Toronto & Niagara Falls. It’s conveniently located in close proximity to these travel destinations. Hamilton offers and escape for those living in or visiting the Greater Toronto Area, while also providing residents with big city adventures located close by.

Whether you’re buying your first home or you’re next – or you’re just looking for a character-filled city to explore – you’ve come to the right place. Here’s what you need to know about Hamilton, including what to do and places to eat, where to live, and valuable information about the city’s housing market.

What to know about Hamilton, Ontario

Hamilton was named after George Hamilton, a merchant and Canadian Politician who founded the village shortly after the War of 1812. Hamilton was established as a village in 1816, a town in 1833 and a city in 1846. In 2011 the communities of Hamilton-Wentworth were amalgamated into the city, marking a time of significant growth in the region.

The city is cut into two sections – Upper Hamilton and Lower Hamilton – by the Niagara Escarpment. With more than 100 waterfalls in an urban area of its size, Hamilton is considered the waterfall capital of the world!

Hamilton is the third most populous city in Ontario. However, due to its natural surroundings, the city is ranked ninth for density per square kilometer. The result is a destination featuring a remarkable balance of urban and rural features and amenities.

What to do in Hamilton, Ontario

Whether you’re just passing through or you’re planning to stay for a few days, there’s plenty of fun and entertainment to be found in Hamilton. Enjoy the outdoors, explore the history and culture, watch a live performance, or even catch a sporting event like a CFL game with the hometown Hamilton Tigercats.

Hiking, exploring, and enjoying lakeside activities are popular among visitors and residents. Trails and pathways wind through forest valleys and along the waterfront in places like the Bruce Trail, the Devil’s Punchbowl, Christie Lake, and Sassafras Point Trail in Churchill Park. Treetop trekking in Binbrook Conservation Area comes highly recommended and the waterfalls in the region will leave you standing in awe at the spectacular scenery.

The beachfront at Van Wagners Beach and Confederation Park is where locals make the most of the summer months, enjoying attractions like Lakeland Kartway, the Adventure Village, and two unique beachside eateries. The West Harbour is an urban waterfront park steps away from Bayfront Park and features trails, restaurants, and an outdoor roller rink. It’s also the docking point for Theodore Tugboat and the legendary HMCS Haida, a National Historic Site.

Hamilton’s history is on display across the city. Immersive yourself in the past by touring museums, galleries, and 15 national historic sites. Be sure to check out:

If you’re after art and culture, look no further than the Art Gallery of Hamilton (AGH), one of the largest and oldest galleries in southern Ontario. Behold more than 10,000 works from celebrated artists—like Alex Colville’s Horse and Train painting and Kim Adams’ Bruegel-Bosch Bus installation—and enjoy events such as the Film Series and AGH Film Festival. Don’t forget to explore Hamilton’s street art and the various film locations for the Netflix series Umbrella Academy.

Restaurants, eateries, and cafés are all over Hamilton, with its culinary credibility at an all-time high. This has caught the attention of talented chefs, brewers, and baristas.. Here are a few pointers when digging into Hamilton’s food and drink scene:

Hamilton housing market and where to live

Hamilton is a great place for families to plant roots and grow. Along with an exciting list of things to see, taste, and do, the city offers a diverse range of career choices – with educational support for every stage of life.

If you’re starting the journey to owning a home in the area, a good place to begin is by contacting us! As of September 30 , 2022, there are a variety of housing options to choose from, including detached homes—from single-level starter homes at $225,000 to multi-million-dollar properties and everything in between—townhomes starting at $349,900, and apartments from $229,900. As for the current state of the real estate market, Hamilton is monitored by the REALTORS® Association of Hamilton and Burlington (RAHB).

Hamilton could be a good spot for growing families looking towards the future, as it’s home to many post-secondary schools such as McMaster University, Redeemer University, Mohawk College, Columbia International College, and the Hamilton School of Careers and Hamilton Institute of Technology.

Deceptively rural and conveniently urban, Hamilton is a great place to live, work, and plan in. Whether it’s full time or a short time, experience the charm and character of the city for yourself. 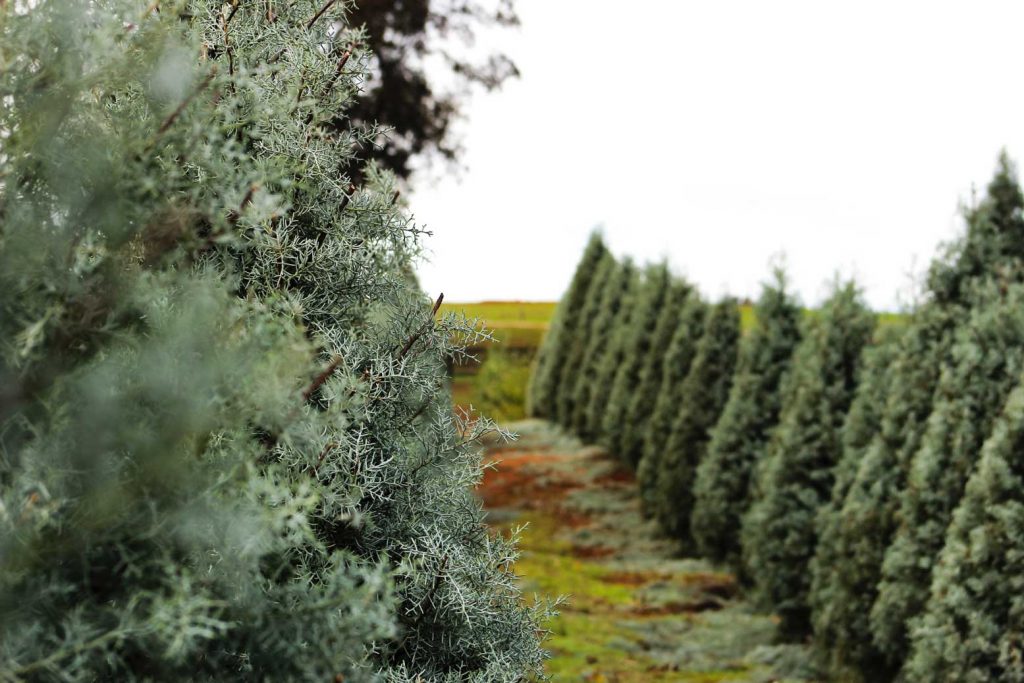 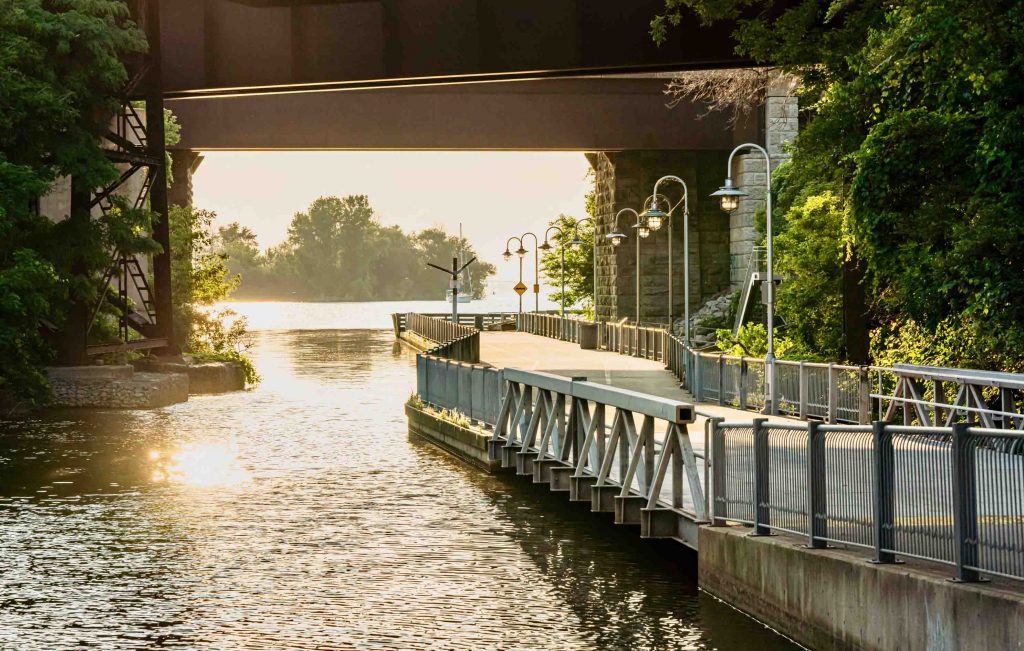 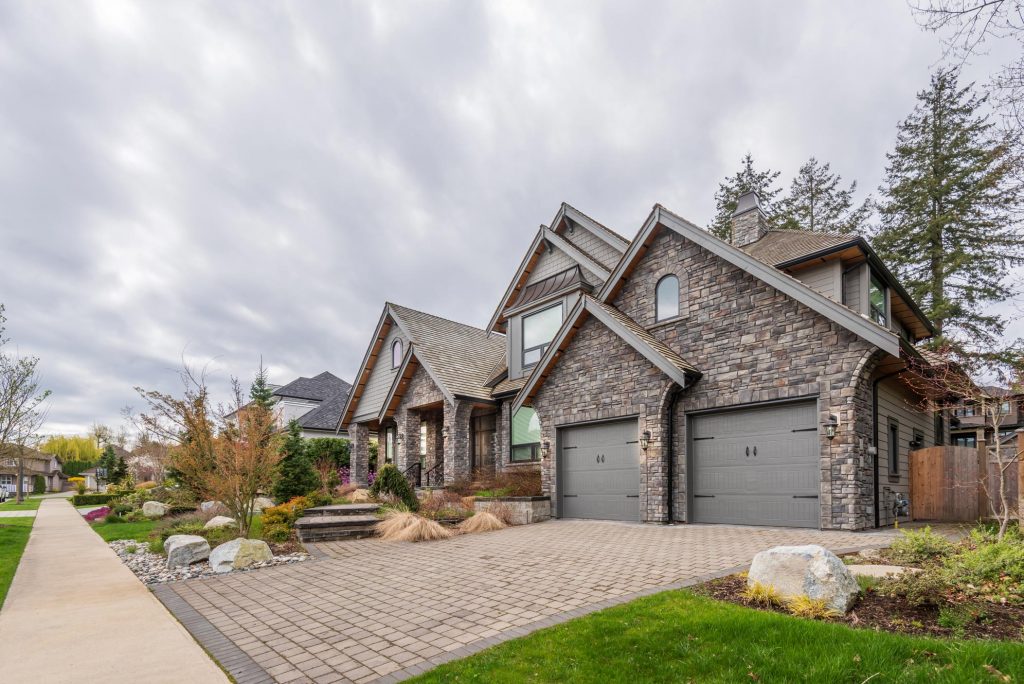 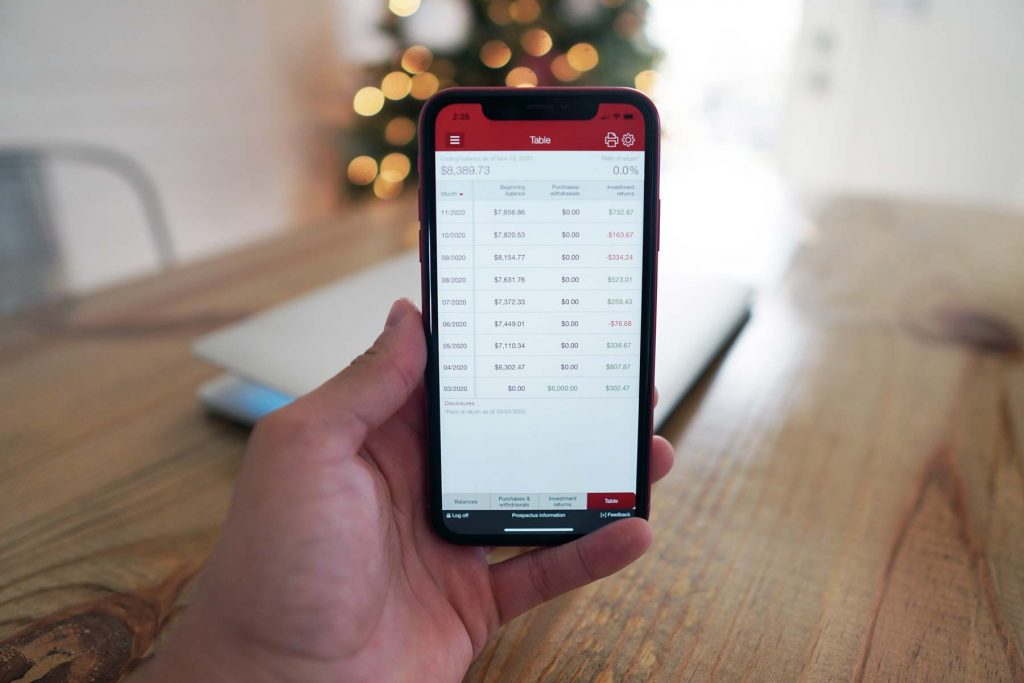 Down Payment Planning & What You Need to Know 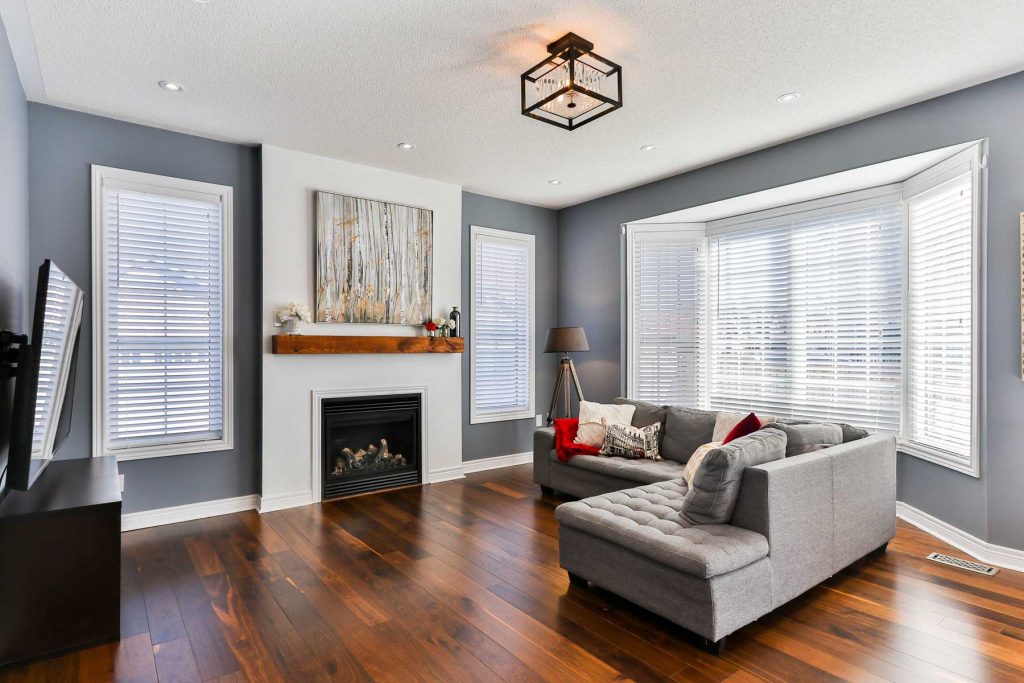 Inheriting a Home: What You Should Know